Virtually every member of Australia’s bicycle industry has dealt with Stella Yu’s company, Velo. Many know her personally. But some retailers may well not even realise that a huge proportion saddles and grips on the bicycles that they sell, across most of the major bike brands, have originated in one of Velo’s factories.

You’ll see Stella at every international trade show, always busy in meetings, usually surrounded by businessmen of western appearance who tower above this diminutive Taiwanese lady.

Stella’s story is not only remarkable within the history of Taiwan’s bicycle industry, but she has also been a role model for female business owners in this relatively conservative nation.

At 66 years of age, Stella is still very active as the leader of Velo. Although she never married or had children, Stella is mentoring her niece, Ann Chen, who she considers and calls her daughter to one day take over the business.

Bicycling Trade interviewed Stella at the Grand Hyatt hotel in Taipei, a few hours before she hosted about 400 guests for their annual product presentation, followed by a nine (yes nine!) course dinner complete with lively entertainment from musicians and dancers.

Bicycling Trade: I read that you left school at 14 years of age, then worked for someone else until you were 30 before starting Velo.

BT: What sort of work were you doing in those companies?

SY: For the bicycle manufacturer, it was a long time ago and the company was not that big, so you did whatever was needed. In the trading company I worked in production and quality control.

BT: Why saddles? What attracted you to saddles?

SY: I think for a woman, complete bicycle manufacture would have needed a lot of money to start. And frames with metal parts, I think are not that easy for a woman.

A long time ago, as long as the saddle didn’t break, that was ok. Nobody really cared if it was comfortable.

Today Taiwanese bicycles are very high end, so people care a lot about the comfort of the saddle. It’s no longer just enough to be strong.

BT: When you started, how many employees did you have?

SY: (laughs) One… myself! Two hands and with my mother’s scissors. The first day I was working in the living room. My mother was shocked. ‘What’s going on?’ she asked. I said, ‘I’ve quite my job.’ She said, ‘Are you kidding?’

BT: When you started, did you have any idea that your company would grow as big as it is today?

SY: No. I think my first goal was just to follow my own ideas. The trading company I had been working for was big, the biggest in Taiwan at that time. I thought from my experience working there that good saddles were the most difficult product to source.

The customers were looking for better shapes, designs and quality. But at that time, saddle manufacturers always gave excuses.

So I thought producing better saddles would be easy. The customer was always looking for something better. The supplier would say, ‘That’s impossible! You don’t need that. You’re a crazy customer.’

But I thought the customer’s ideas were right. I thought maybe I could do something to meet their needs.

BT: So you listened to your customers?

SY: Yes. My customers are closer to their markets. They want what they know they can sell. If you don’t follow them, business will be difficult.

BT: A few years ago you rode the Tour of Taiwan with Giant’s founder King Liu. (This is a now annual multi-day ride around the coast of Taiwan, which covers approximately 900 kilometres.) How important was it to you to do that challenge? How difficult did you find it?

SY: It was roughly 6 ½ years ago. King Liu felt that Taiwan made bicycle and parts were all being exported. He wanted to show the potential for the Taiwanese market. So together with key component suppliers and Merida, they thought that if we could sell 100,000 bicycles per month within Taiwan, then the manufacturers could safely stay in Taiwan.

He started to talk to us. He wanted to see who was deeply interested in working together in Taiwan. The A-Team was started with seven P&A members plus Giant and Merida. Velo was one of the first members.

There were two ideas behind us starting to ride bicycles ourselves. One, so that we knew first-hand how our own products felt. Until then we were just making and listening to the feedback from other people who rode. We needed to use and feel ourselves to help with our R&D and innovation.

Secondly, Taiwanese people used to think, ‘Only poor people ride a bicycle. Rich people drive a car.’ This attitude is not good for the bicycle business. We needed to ride to show them how good riding a bicycle is, for the environment, for our health. We needed to make it cool for young people.

So King Liu decided to ask every A Team member to ride the Tour of Taiwan. He said, ‘You have no bigger project than this! Only a big project like this will make people interested.’

So he started this crazy idea. And he did it himself too.

Everyone was quite old. Even me. At the time, I was 60 years old and a woman. But we made the public interested and some were even shocked.

BT: How hard did you find it to do?

SY: I noticed a lot of difference. Before, to be honest, I was not a good rider. We were still thinking that riding bikes was for young people or poor people. But after riding, I started to feel more healthy and powerful.

Velo now has a bicycle team. I tell my team, first we need to test our products. Secondly we need to show people that it’s good to ride. Third, we will become more healthy.

Every morning from 5am to 7am I’m riding my bicycle. I had to stop for two and a half years because four years ago I crashed and broke my leg. But I’m back now and more interested than ever.

I ride outside. I see the sun rise.

BT: Has it given it more ideas about your saddles?

When I sit in my office at work, I can feel pressure sometimes, but when I get on my bicycle my thinking about problems is better and I can think how I can solve problems.

If I’m testing a saddle and it’s not good enough, immediately I call my engineers. We have 20 R&D staff and at least two R&D staff need to ride with me every day.

They are on a schedule. We talk together about how we can improve all the products.

This year you can see our Angel System. I am so proud of that.

You can also see that I have lost about 10 kilograms. I eat well, sleep well, work well.

I talk to everybody about it.

BT: On your website it says that in 2009 you were making 15 million saddles for the year and that you had 100 international customers. What would those numbers be today?

SY: I think more, but I’m not sure how many.

BT: How many staff do you have now?

BT: You’ve added other products to your range apart from saddles. Double density grips in 1993. Handlebar tape in the year 2000. Do you have any other product categories in mind?

BT: What proportion of your total sales are saddles, as opposed to other products?

SY: Back to the beginning, when I started Velo, I thought supporting my customers was number one, not promoting my own brand.

Everybody tried to do branding. But from the beginning for Velo, OEM was most important.

It’s still the case today. Now some customers want both Velo and their own brand on the saddle.

The other big pressure is from consumers direct. Consumers email Velo asking to buy saddles.

We ask them where they live and direct them to our OEM customer in their country.

So now we’re starting to look for more agents for Velo.

But if I can make my OEM customers happy, then I’m so happy. Our OEM sales turnover is around 80% and 20% is our own brands, but this is increasing, especially in China. Because European manufacturers has ‘anti-dumping’ regulations against most saddle manufacturers, but not Velo. We’re the only saddle manufacturer in Taiwan with zero anti-dumping tariffs.

BT: Who do you see is your biggest competitor?

SY: I don’t think about competition. We just work hard ourselves and don’t watch our competition.

BT: What does the Australian market mean to you?

SY: Australia is a very warm country. (Stella was referring to the personality of Australian customers, not the weather.) Back when I worked for the trading company I was responsible for Australia. That was about 40 years ago. My first big customers were Repco, Advance Traders, Progress, people like that.

So when I started Velo, most of the Australian customers already knew me and trusted me. After I started Velo, the first country I visited was Australia. I think I have a very high market share in Australia, even though most of the saddles do not carry the Velo brand. They carry my customers’ logos.

I’ve missed travelling to Australia. It has been almost 10 years.

BT: What is your policy about selling via internet retailers?

SY: Young guys like to buy on the internet. In my heart I still like to stay with the bicycle shops, because I’ve been working 52 years in bicycles now. But it’s difficult to say as the internet is the future business style. The world changes. Nobody can stop that. I still do my best to stay warm with bicycle shops, but I cannot tell my customers what to do.

BT: What’s in the future, both for Velo and for you?

SY: More hard work. I think our strategy is right, so we will continue in this direction.

BT: I can’t imagine you retiring.

SY: Everybody asks me that. I don’t like this question! We have 500 people in Velo who have worked with me for more than 15 years. So of course, they’re interested to know when I will retire, because they saw my daughter starting to work in Velo.

So they sent a computer engineer to my office to ask me, ‘When will you retire?’

I’ve worked in Velo for 36 years and my main input now is in production and R&D. Today I still feel that I give value to the company. If ever one day I felt that I was of no value, then I would retire, but I would not know what I would do. All my friends are in business.

Including riding my bicycle, I work seven days a week, but on Sundays I do a 60 kilometre ride then relax. I need to keep healthy. 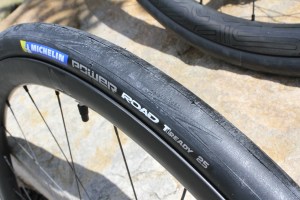