New Measurement Techniques Enhance the Speed and Accuracy of Documenting Bike Setup
While bicycle frames and components have become highly technical, requiring large R&D budgets, the fit of that high-tech bike to its rider is still generally left to a tape measure and level.

This frustrated mechanical engineer Dave Archer, who as a late in life cycling enthusiast, enjoyed experimenting with the setup of his small stable of bikes. The result of this “got to be a better way” journey is VeloAngle, a bike measurement tool and accessories he’s developed. Dave recalls, “The first thing that was clearly inefficient was reliance on the X-Y basis of measurement. This didn’t come about because it was the best way, but as a result of the traditional bubble level’s limitation of vertical and horizontal measurement.” Instead, VeloAngle measures the length and angle between two points. Angle is measured either with a digital inclinometer or the user’s smart phone on the Pro and Enthusiast model, respectively. This direct method eliminates the time and potential error associated with determining the horizontal (X) and vertical (Y) planes.

Other speed and accuracy improvements are achieved in how and where measurement points are determined. “Locations like the saddle tip were established as references largely because they were easy to detect, rather than being the most functional,” Archer notes. VeloAngle’s engineered adapters allow quick and precise measurements on a much wider range of locations, such as anywhere on the saddle surface.

Reminded of his early ’70s schooling which warned that feet, inches and fractions would soon be obsolete, Dave realized that users needed a bridge to what was familiar. A companion web-based app was therefor also developed. Among other many features, it converts measurements to and from X-Y coordinates.

This set of capabilities caught the attention of the Continental Pro road race team CCB Foundation-Sicleri, who have been using VeloAngle since the start of this race season. CCB principal Tim Mitchell notes, “We found the speed, accuracy and flexibility claims to be real. The reduction in initial setup time and later adjustment in fitting our guys to their equipment was eye-opening. Space is always at a premium when we travel. VeloAngle is very compact and the app allows our US and European mechanic’s to easily share data,” Archer notes. “The fact that CCB fields competitive teams at races around the world while helping U23 riders pursue post-secondary education in preparation for life after racing is a testament to both Tim and the rider’s commitment”.

Detailed product information can be found at: https://www.veloangle.com/veloangle-pro.html 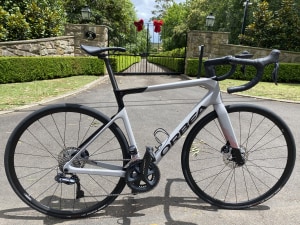